World AIDS day is celebrated worldwide on December 1st every year to mark prevention and elimination of the spread of Human Immunodeficiency Virus (HIV) by the World Health Organization. The staff and students of Srinivas Institute of Dental Sciences marked the event by organizing a rally to create awareness about the spread, prevention and control [...] 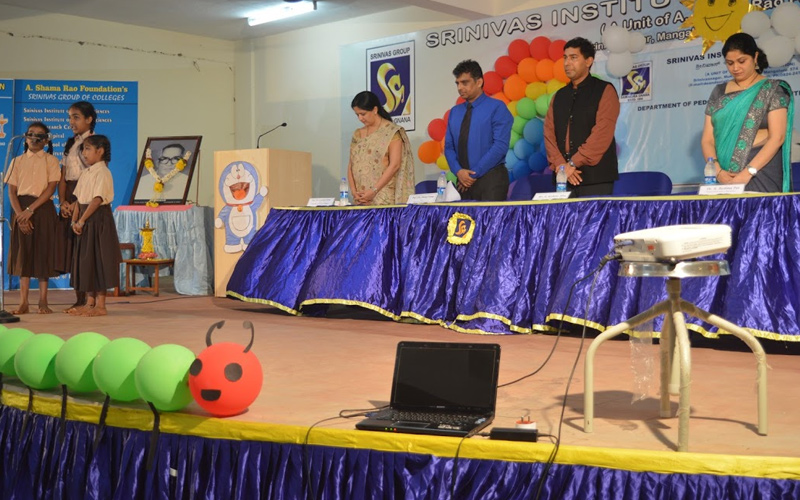 The Department of Pedodontics and Preventive Dentistry, Srinivas Institute of Dental Sciences organised 'KIDZANIA' - Children's day celebration on 15-11-2016 in their college auditorium. Children from each of the school adopted by the Department participated in the programme. The programme started with an invocation song by the children of Kalavaru School. Prof. (Dr.) K. Reshma [...] 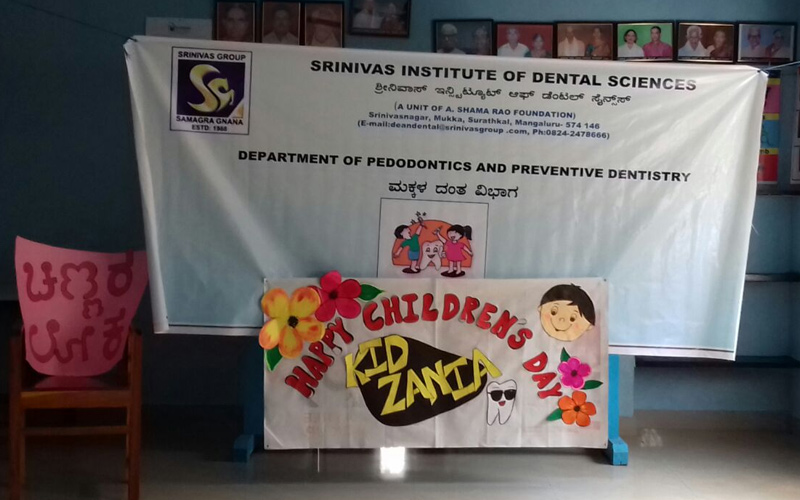 DEPARTMENT OF PEDODONTICS AND PREVENTIVE DENTISTRY The Department of Pedodontics conducted one week of children's day celebration in each of the 7 adopted schools from 7-11-2016-14-11-2016 . The interns performed a skit on oral health awareness and importance of primary teeth. An oral health talk was given by the staff of the Department. 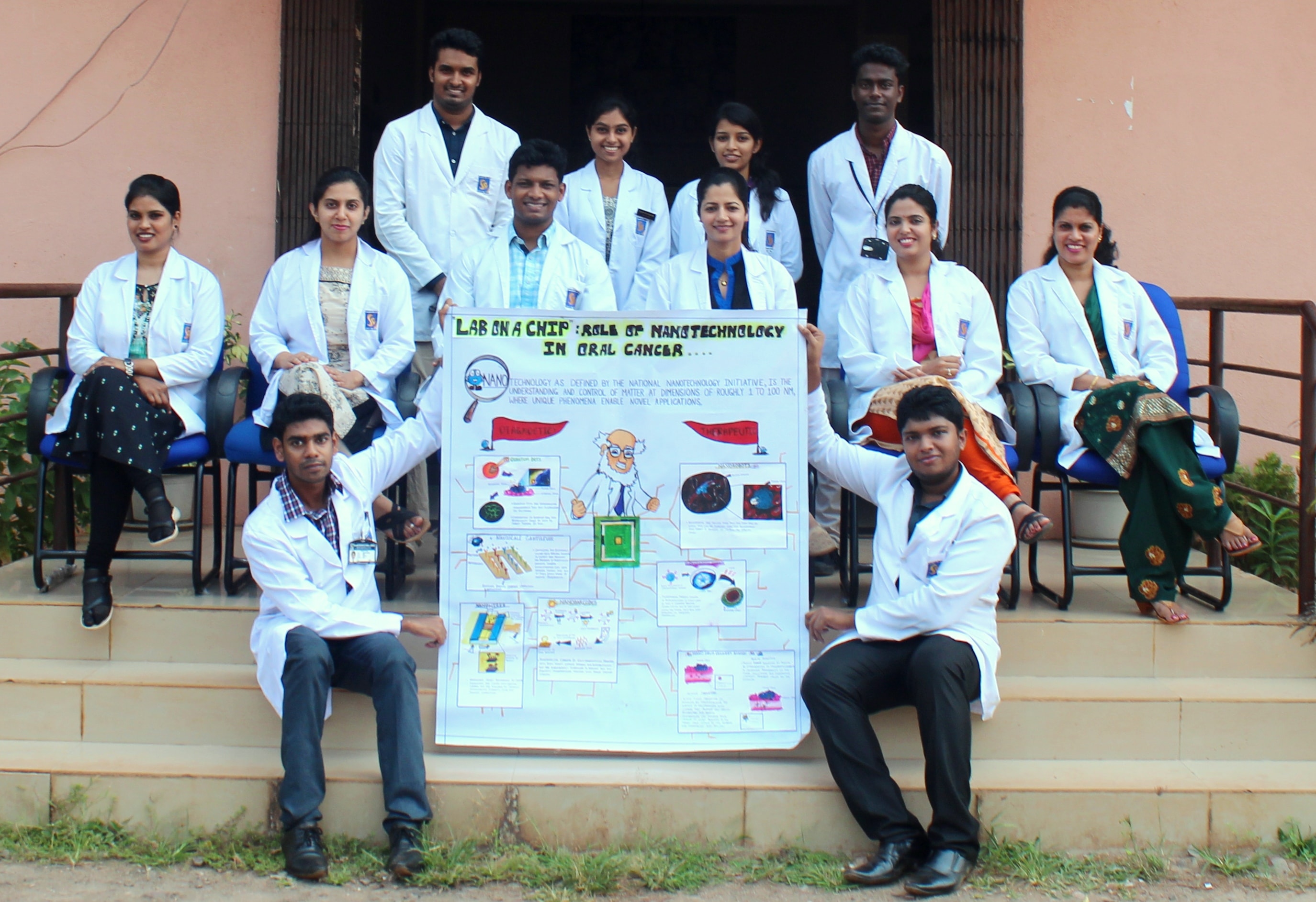 Teachers Day was celebrated on 07th September 2016 in our esteemed institution, as a tribute to Dr. Sarvapalli Radhakrishnan. Beginning of the colorful programme was marked by lighting of the lamp by our beloved Dean, Prof. Dr. Manoj Varma, Prof. Dr. Lavanya Varma, HOD, Dept. of Conservative Dentistry & Endodontics and Prof. Dr. Shailesh Kudva, [...] 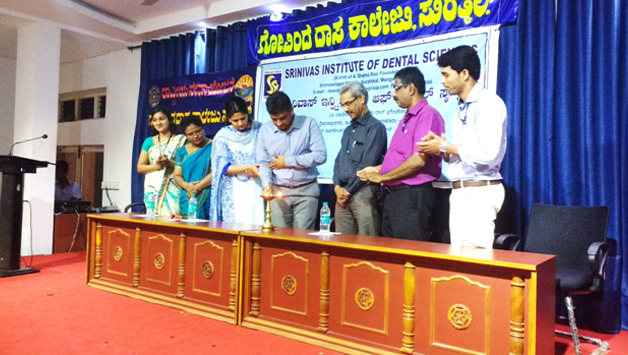 A dental screening camp was organized at Govindasa Degree College, Surathkal by Dept. of Public health Dentistry, Srinivas institute of Dental Sciences, Mukka from 3/10/2016 to 6/10/2016. The aim of the dental camp was: i) Sign a MoU (Memorandum of Understanding) between Srinivas Institute of Dental Sciences, Mukka and Govindasa Degree College, Surathkal. ii) To [...] 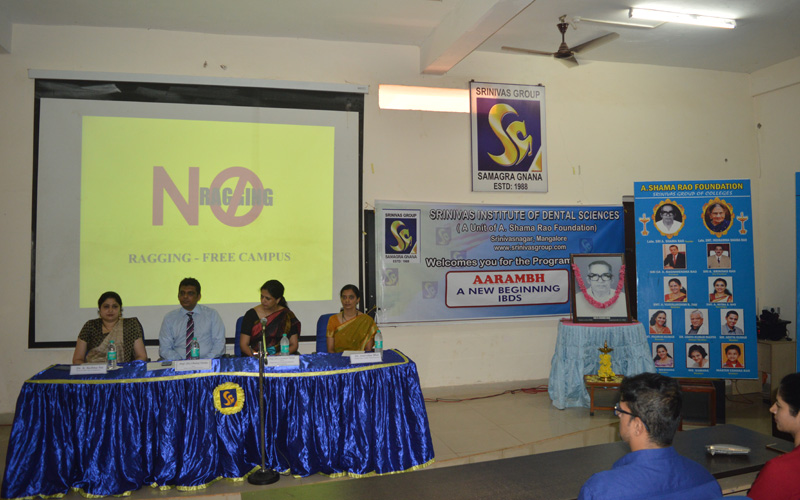 The orientation programme was organised for the freshers (I BDS batch 2016) by Srinivas Institute of Dental Sciences on October 14, 2016 at the institute premises. The major objective of the programme was to make the freshers and their parents aware of the academic curriculum and rules and regulations of the Institute. The programme commenced [...]

Srinivas Institute of Dental Sciences, a Unit of A. Shama Rao Foundation, conducted a successful Oral Health Week from 15th March to 20th March, 2015. This endeavor was well supported by Sri. CA. A Raghavendra Rao, President and Dr. A. Srinivas Rao, Vice President of Srinivas Group. The week began with a Free Dental Screening [...]

IMPRESSIONS -1ST FEBRUARY 2015 A week long cultural extravaganza was hosted by Srinivas Institute of Dental Sciences named IMPRESSIONS-2015 from February 1st 2015 till 7th February 2015. The event was well supported by the management, organized and hosted by the staff of the Institute under the guidance from the Dean Prof. (Dr) Manoj Varma with [...]

The Inauguration of the 13th Inter Collegiate Athletic Meet Was held on 31st January 2015 at the Mangala Stadium. The Event was inaugurated by Dr. Rajeshwari, District Health Officer, Mangaluru by unfurling the flag. This was followed by a March Past by the students of various colleges of the Srinivas group. Dr. Manoj Varma Dean, Srinivas [...]